A brain drain in the traditional sense referred to the flight of human capital resulting in a shortage of skilled professionals in a given location. Today, developed countries are facing a different kind of brain scarcity: that is a shortage in semiconductors.

In 1990, the United States manufactured 37% of the world’s semiconductors. This figure has fallen to just 12% today, despite their growing significance in society. Semiconductors are essentially the brains of modern electronics. They are key enablers behind a vast array of activities, from computing to healthcare, to communication, to transportation. As we move towards a society of Smart Everything, where devices are getting smarter and more interconnected and ingrained in our daily lives, we are increasingly reliant on these tiny-but-vital electrical components. A shortage in semiconductors is putting entire industries under severe stress.

We probably all remember the early days of the health crisis, when household stockpiling caused a shortage in items like pasta and toilet paper. While many attributed the shortage to supply chain disruptions, they were actually the result of heightened demand and panic-buying. On the contrary, current shortages in semiconductors stem from the supply side of the equation. 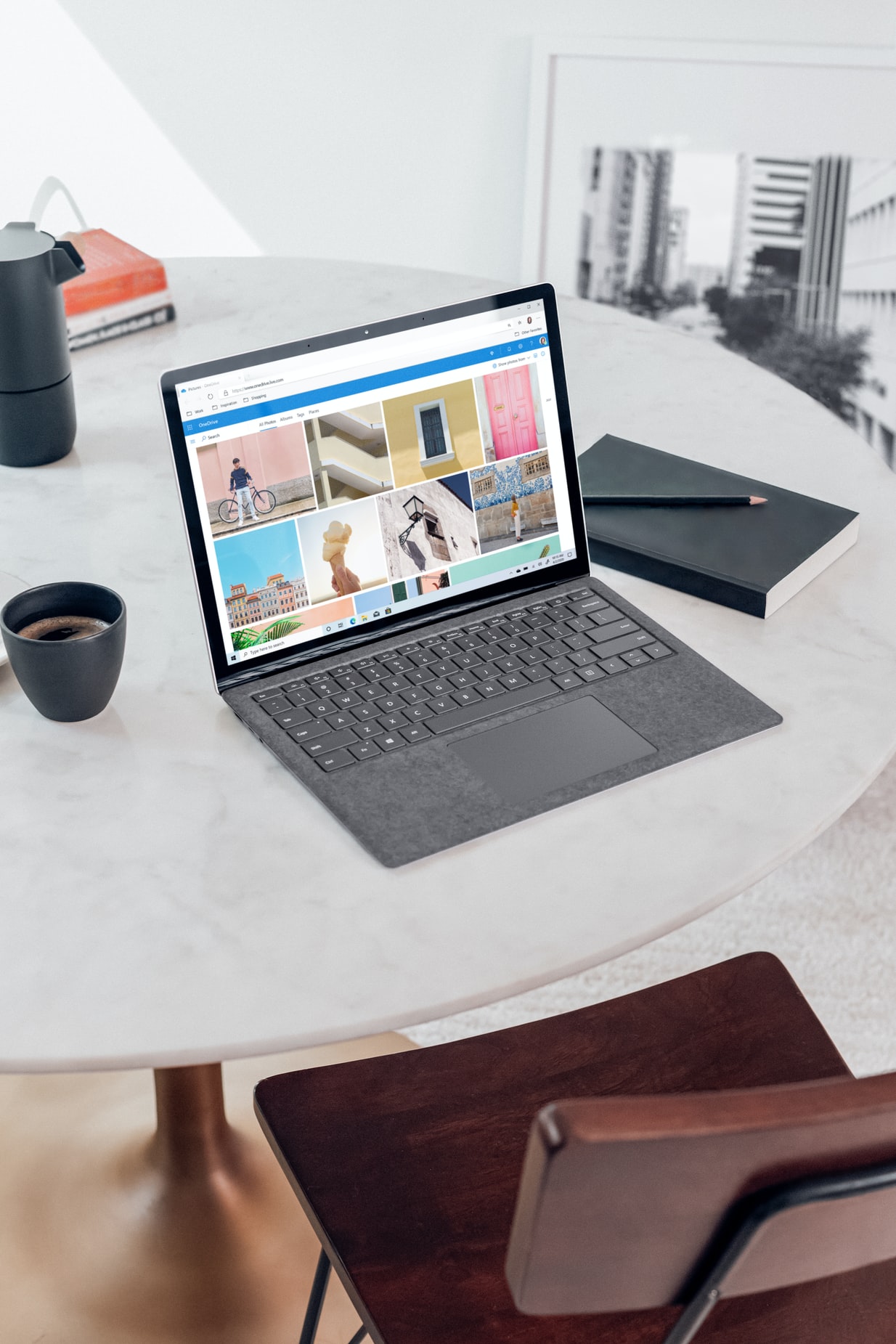 Chip shortages occur from time-to-time when demand and rapid technology adoption outstrip production, or, after a black swan disruption on the supply side (for example, the 2011 Japanese earthquake).

According to many analysts, we are facing the most severe semiconductor shortage in years.

Many industries (for example, communications, computing, consumer goods, automotive, medical equipment, industrial,..) are facing pressure on their supply chains, with many firms feeling the pinch, and some even being forced to shut down certain operations. Anecdotal but intriguing, is also the implications for cryptocurrencies. The global chip shortage is also choking the production of the machines used to ‘mine’ cryptocurrencies, affecting the supply and the price of ‘mining rigs’.

The auto industry has been in and out of the headlines as a result of the shortage. Car makers rely on semiconductors to add features such as power steering, battery management, brake sensors, entertainment systems, cameras for parking, and so on… The smarter a car gets, the more chips they need. Many car makers were forced to reduce their production and some closed certain plants due to the shortage. But this did not come out of the blue – a year of poor inventory planning led to the massive chip shortage in the car industry.

While publicly assuring the problem is solvable, in private, involved parties are pointing fingers. Chipmakers say car company preferences for low inventory volumes hurt their planning, while auto and part manufacturers say their supply chain is thrown into disarray as semiconductor makers drag their feet. Automakers also contend that chipmakers are prioritizing consumer electronics because those devices provide the bulk of their sales and profits.

According to the SIA (the US Semiconductor Industry Association), the industry is “working diligently to ramp up production to meet renewed demand”. Estimated lead times of up to 26 weeks for manufacturing a finished semiconductor means there is no easy fix to this problem. It is likely that shortages persist for a minimum 6 months: Restoring market balance takes time.

The shortage is highlighting a structural change in the semiconductor industry. Many of the top semiconductor companies are now “fabless,” which means that they only design the chips and the technology in them. Other companies, known as foundries, are largely contracted to actually make the chips.

In the auto industry, carmakers don’t deal directly with chipmakers but work with auto-part suppliers, which in turn deal with automotive chip-designers, who finally deal with foundries. The just-in-time manufacturing model of the car industry, at a time where the 5G devices requiring 40% more silicon content are booming, just illustrates the poor inventory planning. The events leading to the current auto chip shortage began during the second quarter of 2020, when automakers understandably reduced production and chip purchases as the virus spread across the globe. Chipmakers, meanwhile, saw surging demand for semiconductors used to enable remote healthcare, work-at-home, and virtual learning, which were needed during the pandemic. In the months that followed, demand for automotive semiconductors rallied much more quickly than most anticipated. Apparently, the leading-edge foundries are currently shipping every wafer[1] that they can.

As discussed in our 2021 outlook, the fragility and complexity of supply chains clearly corroborate tech sovereignty agendas. Rising demand for semiconductors, their ever-increasing importance throughout the economy, and efficient lobbying campaigns (US SIA) have captured the attention of policymakers in Washington. Congress enacted legislation earlier this year calling for federal incentives for domestic chip manufacturing and investments in semiconductor research to meet growing demand. More recently, a group of US chip designers and manufacturers (including representatives from Intel and Qualcomm) sent a letter to the White House, asking that the government include “substantial funding for incentives for semiconductor manufacturing” as part of the overall Covid-19 economic recovery plan. President Biden is now expected to sign an executive order directing a government-wide review of supply chains for critical goods.

According to Bloomberg, the EU is considering building an advanced semiconductor factory in Europe in an attempt to avoid reliance on the US and Asia for the technology at the heart of some of its major industries. Taiwan Semiconductor Manufacturing Co. and Samsung Electronics Co. of South Korea, the two leaders making the most innovative processors in the sector, could be involved in the EU project.

Once a hub of semiconductor factories, Europe has dramatically cut back on manufacturing over the past 20 years, with automotive-chip designers including NXP Semiconductors NV and Infineon Technologies AG preferring to outsource a major chunk of production to giants like TSMC, and other foundries. The question around the EU plan stays the same: is this too little, too late as China, Japan and the US all try to increase or regain their self-sufficiency in semiconductors? But all are slipping further behind industry leaders Samsung and especially TSMC, which announced capital spending of as much as $28 billion for this year.

In an industry that spent decades crafting the current supply chain, “it will be difficult to change it overnight”[2]. Rebuilding a new ecosystem will likely raise costs and will be investment intensive.

Trying to gauge the bigger picture of the semiconductor shortage, this should be taken as good news in terms of the economic cycle. It demonstrates that we are at an early point in the cycle, supporting the idea of recovery-longevity in front of us, not behind us. But this shortage also brings the risk of a slower and pricier recovery. Moore’s law and the famous “2 years to double” should probably be adjusted to a longer timeframe. But more importantly, we could also be facing a major price shock. Continuing the analogy of our 2021 outlook on data being the new commodity, the oil price shock of 1970s could herald a semiconductor shock of the 2020s.

The winners will clearly be those companies that are established in the foundry space. In 2000, there were 25 top-of-the-range manufacturers but now there are just three – Taiwan Semiconductor Manufacturing Co (TSMC) of Taiwan, South Korea’s Samsung and US-based Intel. Considering that high-value semiconductors consist of five nanometres or less in size (smart chip) and that Intel has been struggling to keep up in this high value segment, key manufacturers are already threatening to dwindle to just two.

These players have gained a stronger pricing power and our view is that such a supply/demand imbalance is unquestionably positive for the semi suppliers. Historically, when semis are in shortage, it is favourable to pricing.

Other winners will be those companies which were able to build precautionary inventories in the perspective of the US-Sino trade war and protectionist rhetoric.

Personally, it is becoming clearer that I will be waiting beyond the date of my birthday to get a chance to meet my long-awaited new videogame console. Rest reassured that I will survive, with the pile of books I have accumulated over the years, which is only marginally lower since lockdown. This is somewhat a gift, offering me the opportunity to feed my stupid human brain. But for our broader society, this is a new sort of fragility, freshly highlighting the need to be prepared, something we will have to escalate.

[1] A wafer is a  thin slice of semiconductor