On 8th July, with Christine Lagarde at the helm, the European Central Bank (ECB) published the conclusion of an 18-month long strategic review, which will alter the way it sets monetary policy for the first time since 2003.

The key change, as expected, was to switch to a symmetrical 2% inflation target. This means that the ECB will have increased tolerance for temporary moves above that level, as opposed to its previous objective of pursuing price pressures ‘close to, but below, 2%’. The new target should not be confused with a US-style ‘average inflation’ regime (under which it is intended that past inflation undershoots are compensated by specific overshooting), which was directly rejected by Lagarde.  She indicated that more European fiscal stimulus, rather than monetary policy, could be instrumental in helping inflation to move up to 2%, and possibly beyond, after a decade of undershooting. 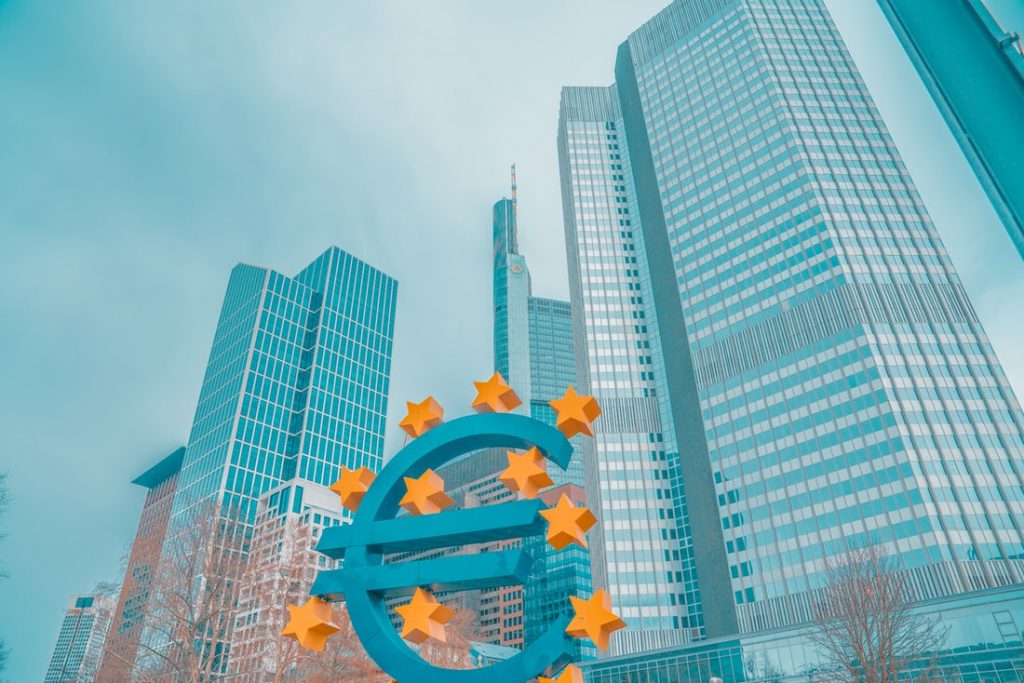 Coining the new strategy as a “foundational document”, Lagarde said it would not make the ECB more dovish. Rather, she said it means that the ECB “considers negative and positive deviations of inflation from the target to be equally undesirable”. While the wording did not include any explicit intention to steer inflation directly towards the >2% range, it also noted that the council ‘recognizes the importance of taking into account the implications of the effective lower bound’ (of interest rates), which it said ‘requires especially forceful or persistent monetary policy measures to avoid negative deviations from the inflation target becoming entrenched.’

With some positing that the ECB’s policy jar was looking rather empty in recent years, the ECB also conducted an intellectual exercise to explore potential additions to its monetary arsenal, including the direct distribution of “helicopter money” to citizens and expanded asset purchase programs. It was not decided how likely it was that the ECB would ever use them.

Since the onset of her tenure, Lagarde has been vocal on climate change and at the beginning of the year, the ECB set up a climate change centre to shape and steer its climate agenda. Therefore, it was hardly surprising that the policy review represented the early beginnings of a greening of monetary policy.

The ECB plans to upgrade its modelling and adapt its bank supervision, corporate asset purchases and collateral policy to take account of climate risks. Lagarde said these would both address the financial risks of global warming and act as “a catalyst force” to help achieve the EU’s green policy targets. While emphasizing support for green finance, the bank abstained from adopting policies that directly penalize climate-adverse activities.

After canvassing public opinion, the ECB took a key concern into consideration: the cost of housing.  Under its new strategy, the ECB said that it would look to incorporate the costs of buying and owning a house in measures of inflation to better reflect what households experience. It will request Eurostat – the EU’s statistics arm – to make a change to the official harmonised index of consumer prices and will use alternative measures in the mean time.

While the strategic review was unanimously agreed upon by the by the diverse 25-member committee, they failed to agree on what this means for policy in the short term. As such, we await the outcome of the ECB’s monetary policy meeting on July 22nd to ascertain how the new strategy will be incorporated into forward guidance. Lagarde has commented that the aim will be to maintain “favourable financing conditions”.

Under the freshly minted mandate, the new symmetric inflation target should reassure markets that the central bank won’t tighten monetary policy prematurely, but it also shows that the ECB is serious about coaxing inflation upwards in order to achieve its legal mandate of price stability. The last time the ECB raised rates was in 2011, but this move coincided with the  eurozone sovereign debt crisis and was widely considered as an error in retrospect.