As the vaccination campaign ensues, economies are rapidly recovering ground lost to the pandemic. US GDP now sits at $19.09 trillion, just 0.9% shy of its pre-Covid level, meaning the country has almost fully caught up in terms of headline growth. As was to be expected, an acceleration in growth has come hand-in-hand with rising commodity prices and an uptick in inflation in all its forms (PPI, CPI, expectations…). Global inflation is now a primary focus for investors with market participants fearing that central banks may be forced to tighten their policies sooner than, or to a greater degree than expected.

Incoming inflation data through May did nothing to quell fears. Firstly, Chinese producer prices were shown to have surged to 6.8% YoY. Then, in the US, the headline consumer price index for April was shown to have risen to 4.2% (YoY) vs 3.6% expected: its briskest pace since September 2008. Core inflation accelerated 0.9% MoM to 3% YoY, the biggest rise since 1982. Then, the US producer price index, excluding food, energy and trade services, confirmed a similar picture, jumping 0.7% from the prior month (up 4.6% from a year earlier).

Following this slate of data, expectations about future inflation rose, compounding worries that this could set off a self-fulfilling feedback loop. However, various indicators (the US breakeven curve and the University of Michigan’s household inflation expectations survey) are implying that inflation should be temporary, in line with the Fed’s mantra.

The facts are clear, inflation is already here. The question is whether it will stay.

With US rates setting the tone in global markets, investors are fearful that rising inflation could compel the Federal Reserve to rollback its accommodative monetary policies sooner than anticipated, thereby choking off the economic expansion. In today’s unprecedented scenario, the Fed has iterated that it will tolerate a temporary overshoot in inflation, above its newly-instated, symmetrical 2% target, and that it is reluctant to tighten policy unless price increases prove to be durable.

At his last press conference, Fed Chair, Jerome Powell, set out two reasons for believing the current rise in inflation should be transitory: the base effect of a comparison with last year’s depressed prices; and bottlenecks that are “temporary and expected to resolve themselves.” Following this month’s red hot data, this message was re-emphasised by Fed Vice Chairman Richard Clarida. He downplayed the significance of the price jump, putting it down to the same transitory factors mentioned by Powell, adding that he expects inflation to return to the Fed’s 2% target in 2022 and 2023.

There are several reasons as to why the inflationary spike could prove transitory.

Firstly, base effects play a large part in April’s price jump. Powell had already warned at his April press briefing that base effects were likely to “contribute about 1 percentage point to headline inflation” in April and May. Indeed, as our Head of Fixed Income, Lieven De Witte notes, numbers were likely to be sizable when compared with the lockdown period in 2020, when oil futures even traded below zero for a brief instance.

Secondly, there are supply chain disruptions and bottlenecks that are yet to be resolved, including a global semiconductor shortage and high demand for shipping containers. 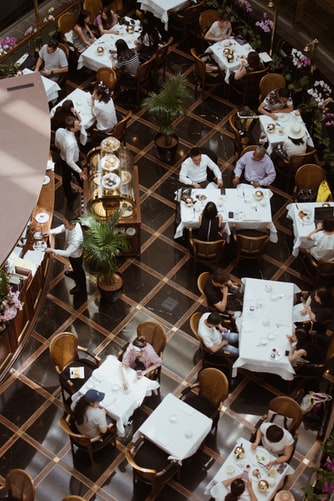 Thirdly, there is also the case of pent-up demand (lost leisure) being addressed as restrictions ease. Indeed, nearly 60% of last month’s US CPI increase came from just five categories; used cars, rental cars, air travel, lodging, and eating out. To illustrate, airline fares were up 10.2%, hotel and motel room rates +8.8%, and car rental prices +16.2%. With these being some of the hardest-hit segments during the pandemic,  many of these businesses are still in the process of normalising operations. As such, a surge in demand is being met with constrained supply. The reason behind the rise in used car prices stems from the fact that between February and May 2020, car-rental prices plummeted by 23%. [1] In response, companies sold off much of their fleets for cash. Now, as demand accelerates, rental firms are increasing prices on their limited inventory, while trying to refill their lots by buying up used cars. Simultaneously, a global shortage in semiconductors is curtailing the production of new cars, pushing consumers toward the second-hand market.  Consequently, prices in the space have [temporarily] rallied.

We could also add that the structural factors which have anchored inflation in recent decades have not disappeared: globalization, aging populations which reduce demand over time, digitalisation (i.e.  “Amazonisation” and the shift in power to consumers driven by online platforms)… Those forces are likely to temper higher price pressures.

Lastly, the US Labour Market is yet to recover. Indeed, Clarida said that April’s weak jobs report (which showed hiring slowing and the unemployment rate rising to 6.1%) demonstrated that “we have not made substantial further progress” with regard to the Fed’s mandate of reaching full employment. Atlanta Fed President Bostic, echoed this view: “We are still 8 million jobs short of where we were pre-pandemic. Until we make substantial progress to close that gap, I think we have got to have our policies in a very strongly accommodative situation or stance”.  It is worth adding that most of those 8 million jobs are concentrated in accommodation, tourism, leisure and hospitality… where pay is significantly lower than the average US hourly earnings.

It is possible for high unemployment and high inflation to exist mutually, but it is not a common occurrence. Typically, for sustained, broad-based inflation to arise, workers need to have enough bargaining power to secure higher wages. Lieven De Witte comments, “understanding inflation is pretty messy for the moment coming out of the pandemic and many economists and investors carefully monitor wage growth as an indicator on how sticky inflation should be going forward.”

Evolution in the labour market is something we are closely monitoring. Employers are increasingly noting labour shortages as a barrier to hiring, which could enhance employee bargaining power. Already various fast food chains are offering cash bonuses and other perks to fill thousands of open roles. For example, a Florida McDonald’s restaurant was giving candidates $50 just to interview, while also offering signing bonuses and referral programs. Another in North Carolina is reportedly offering a $500 signing bonus. Amazon, meanwhile, is busy trying to fill some 75,000 vacancies across the US and Canada, offering a signing bonus of up to $1000.

On the flip side, one potential explanation for the worker shortage could be that employment benefits are acting as a disincentive – some Americans have found unemployment checks can pay more than minimum wage jobs. In response to this, the state of Georgia has announced that it’s cutting the $300 weekly federal unemployment bonus made available during the pandemic. At least 15 other states have decided to follow suit meaning that some 2 million Americans could very soon see smaller unemployment cheques.  This may catalyse a new influx of workers, alleviating some constraints on labour supply.

Lieven De Witte also cautions that one should not ignore that several commodities are trading at or close to all-time highs (copper and iron ore for example). “Normally, the best cure for high prices are high prices, because high prices will lead to higher production and hence lower prices. But it is also important to monitor longer term trends such as the low investment in new issues from oil and commodity companies who are pressured by shareholders into paying high dividends, as well as global pressure to invest less in fossil fuels and polluting mines.” Some commodity bulls are even suggesting that we have entered a new commodities super-cycle (i.e. a prolonged period of above trend movements in a wide range of base material prices.)

We have been priming our portfolios for reflation since the beginning of the year and for now, we are well-positioned for the upwards leg of the cycle in regions where macro indicators are flashing green. The risk is that prices rise too fast and the self-fulfilling characteristics of spiralling inflation kick-in, but for now this isn’t our base case: While it is probable that inflation continues to pick up, we are not worried about it overheating structurally.

In our investment strategy, we are underweight fixed income, especially Government bonds, and overweight equities which we believe can take further sap from the economic rebound, supported by fiscal stimulus and ongoing monetary support. Style and sector decisions are critical for investment returns in today’s environment. Currently we carry a Value tilt inside of our US equity exposure and give preference to cyclical sectors such as Materials and Industrials.

We continue to monitor the underlying drivers of inflation, as well as central bank communications for a change in tone, and stand ready to adjust our strategy accordingly.