Unprecedented trading volumes and dizzying price rallies have sparked a dramatic uptick in interest in cryptocurrencies as of late. No longer perceived as niche technological curiosities, cryptos are now the subject of heated discussion in financial circles and in the boardrooms of world-class companies. In this focus series, we drill down into this relatively new asset class and explore the question on everyone’s lips: Is crypto becoming mainstream?

The series begins with a refresher on what cryptocurrencies and the underlying technology – blockchain – actually are. We will then go on to question whether cryptocurrencies could ever be considered as a viable alternative to money. Thereafter, we will look at cryptos through the lens of a portfolio manager. Finally we will look at what we think the future may hold for cryptos as regulators turn up the heat and central banks enter the fold.

A Refresher: What are cryptocurrencies?

Cryptocurrencies have gone from little-known, niche technological curiosities to rapidly proliferating financial instruments that are the subject of intense public interest.

With the media full of stories around crypto entrepreneurs becoming millionaires, not to mention fervour on Reddit and Twitter, short-term investors and speculators are experiencing the FOMO effect (Fear of Missing Out). Crypto obviously had great momentum and accelerated adoption in 2020, like a lot of other things during the pandemic.

There are many different cryptocurrencies out there that serve different purposes. At its most fundamental level, a cryptocurrency is simply a peer-to-peer digital payment system. The world’s most valuable cryptocurrency is Bitcoin [1]. Bitcoin has extended its 2020 rally, which saw it skyrocket over 300%, into the new year. Following Tesla’s announcement that it bought $1.5 billion worth of bitcoins in February 2021, its price surged to new highs above $50,000. In 2021 alone, up to February 26th, its price is up roughly 58%.

With some corporates adopting bitcoins and putting those on their balance sheets, we are now observing a reversal of career risk for CFOs and fund managers. Not so long ago, discussing and commenting on cryptocurrencies was unconceivable. It’s now publicly discussed in many areas, from investment strategy to corporate treasury.

The spectrum of views on cryptocurrencies is broad: Some see them as the future of monetary and payment systems that will displace government-backed currencies, others see them as a passing fad with little real value.

Everyone knows something about Bitcoin, but not so many can say what exactly it is. If you are familiar with the main concepts of Bitcoin, you can skip right ahead to Part II of our series.

Bitcoin: What is it? How does it work? What is the point?

The short answer is that Bitcoin is a cryptocurrency or digital asset made secure by cryptography. It appeared in 2009 [2] as a digital decentralized currency, being open source, not controlled by governments, corporations or any individual. Rather, it is a peer-to-peer network powered by its users.

Bitcoin is based on blockchain technology, chaining all historic transactions carried out on the network. In each block we find all transactions by all users over the past 10 minutes. Any transaction carried out in bitcoins is registered in the blockchain; a public record that anyone can download and check. Data is encrypted and while all transactions are visible, the identity of users is hidden. Only the Bitcoin protocol can know exactly who owns what and only when there is a transaction request. The balance of each person’s accounts is never entered as such in the blockchain, only the key provided by a user, known by this person alone, allows this person to check his accounts. The accounts of each user remain anonymous, yet it is impossible to spend money that you do not have.

In blockchain technology, data is not stored in a central server, but across a huge network of computers, which is constantly checking and verifying if the records are accurate. This makes hacking a lot harder, if not impossible. Since Bitcoin came into existence, the entire network has not been hacked. There have been instances of exchanges or wallets being hacked [3], but not the entire network. 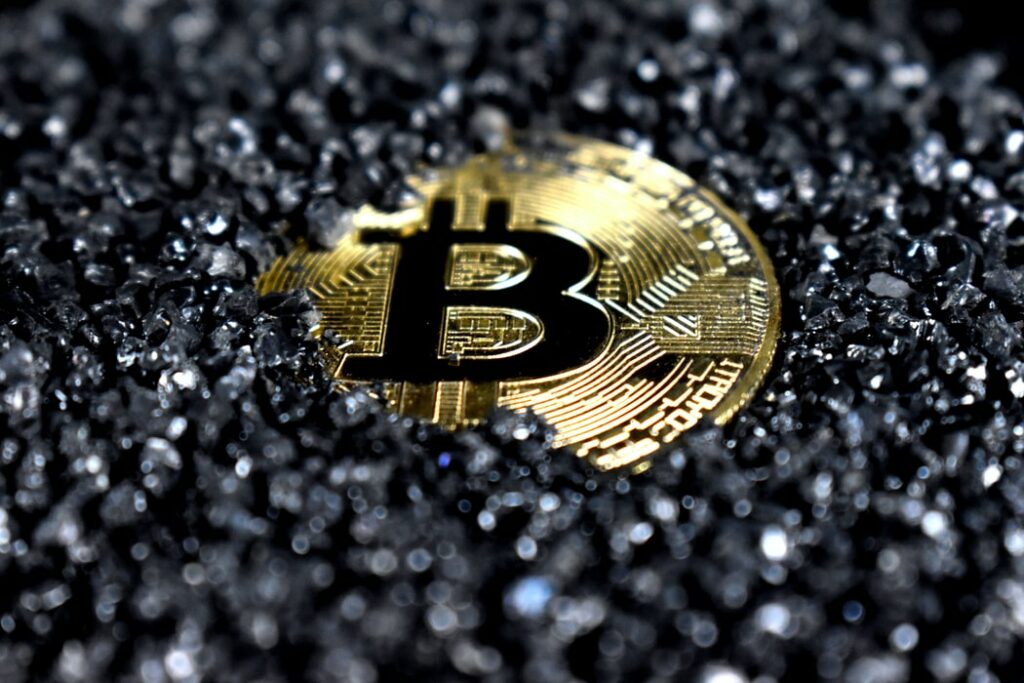 Computing power is needed for the blockchain to verify transactions. Instead of having servers, the protocol uses machines from some network members who have requested to be checkers. These verifiers are called miners. In addition to validating data relating to transactions that will form a block, miners – or rather their computers – must solve math problems[4], some sort of computationally-intensive puzzle. The complexity of these problems constantly varies in accordance with the number of miners connected, which makes it possible to maintain a block validation time of close to 10 minutes. It is named the proof of work and it is one of the essential points that secures the blockchain. An extra layer of complexity is that there is also a random variable to ensure that it is not always the same miner who validates all the blocks.

Miners are paid by the protocol in newly-created bitcoins. This is the only way to create new bitcoins.

The amount of new bitcoins released with each mined block is called the “block reward.” The block reward is halved every 210,000 block transactions. The last bitcoin halving was in May 2020; at the current pace, the next halving will occur sometime in 2024. [5]

As every block has the identifier of the block below it via an encryption key, all blocks are linked to each other (hence the name blockchain). Modifying a block at any point in the chain, means invalidating all the blogs which are above it. For end users, Bitcoin is nothing more than a mobile app or computer program that provides a personal Bitcoin wallet, allowing a user to send and receive bitcoins. Bottom line:

Bitcoin is based on the properties of mathematics rather than relying on physical properties (like gold or silver) or trust in central authorities (fiat currencies).

Bitcoin investors believe that because there is a theoretical cap on the number of bitcoins that can ever be mined, the cryptocurrency will become increasingly valuable at a time when central banks have been printing more money than ever before. That is why some of those investors call bitcoins “digital gold”.

In our next article in the series, we question whether cryptocurrencies could actually serve as an alternative form of money, looking at the key economic functions that money serves: to act as a medium of exchange, a unit of account and a store of value.