Price pressures continued to intensify in the Eurozone through November, adding to the already-complicated stew of factors that the ECB must consider when calibrating monetary policy.

Much of the inflation we are seeing on the continent can be attributed to elevated energy costs which, according to Eurostat, surged by 27.4% yoy in November due to a perfect storm of factors which we outlined in another piece back in October. However, with that said, even the core reading that strips out energy and other potentially volatile components such as alcohol, food and tobacco, rose to 2.6% yoy, up from October’s 2%. Services inflation rose from 2.1% to 2.7%.

This broadening out of inflation pressures further challenges the ECB’s notion that inflation will prove transitory and leaves some questioning its stance as one of the most dovish central banks coming out of the crisis, as others embark on tightening cycles.

Under normal circumstance, these red-hot inflation prints would bolster the case for tighter policy, but the current 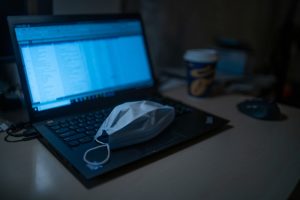 environment is far from normal… The Eurozone recovery is still fragile while Coronavirus cases are once again on the rise, compelling governments to re-impose restrictions, which in turn could stall economic momentum – hardly optimal timing to begin contemplating policy tightening. This is not to mention the discovery of the Omicron variant which is currently subject to scientific analysis in order to understand the potential threat that it poses. To take a glass-half-full position, experts argue that societies are better equipped to deal with the virus now compared with March 2020, but we cannot say anything with certainty until studies of the new variant are complete (especially with regard to vaccine efficacy).

While the Eurozone economy found its feet, the ECB adopted a somewhat laissez-faire approach to price pressures, preferring to let inflation come down on its own accord, once energy costs cool off, supply chain dislocations ease up and other unfavourable base effects fade away (i.e. distortions caused by the German VAT hike will drop out of the numbers in January). Its latest forecasts, published in September, predict that inflation will fall to 1.5% in 2023 – below its 2% target.

However, there are risks to the “transitory” base case. Firstly, the new wave of Covid (if it leads to further restrictions) could potentially intensify supply chain dislocations and shortages, adding to goods inflation. Further, while muted for now, second-round effects may still come into play. Though the ECB’s indicator for negotiated wage growth hit an all-time low last quarter, if evidence from the US is anything to go by, wage inflation could still kick in. There, wage growth accelerated 4.9% yoy in October. Indeed, the ECB’s very own staff union, IPSO, has hit out at a proposed general salary increase of 1.3%, effective January 2022, saying that it is insufficient to protect the purchasing power of the central bank’s employees.

The real danger that the ECB contends with is that inflation becomes ingrained before temporary drivers subside. It cannot fall too far behind the curve or else inflation (and inflation expectations) may become unanchored, while policy needs to remain accommodative enough so as not to derail the economy recovery. Achieving the right balance between these two risks will be very much dependent on delicate communication. Already this week, we have seen a handful of officials double-down on efforts to reassure citizens that they are facing a once-in-a-generation burst of inflation that won’t endure, driven by energy costs and a series of one-off factors.

With regard to future policy, ECB Vice President Luis de Guindos said last week that the central bank plans to end its Pandemic Emergency Purchase Program in March. However, the market now eagerly awaits the ECB’s next monetary policy committee on 16th December for more information on the future of quantitative easing under the standard Asset Purchase Program and for any clues about when we might expect the ECB to raise its deposit rate from an all-time low of -0.5%. The ECB will also update its economic projections and the market expects that inflation estimates will be revised upwards, reflecting that fact that “transitory” narrative, while plausible, is clearly longer-lasting than initially expected.