This week, headlines are mostly occupied by an apparent siege on Wall Street by a legion of retail investors. Day traders – marshalled via a message board called WallStreetBets on the Reddit social media platform – have collectively bid-up potential victims of Wall Street short-sellers. Against a backdrop of already-effervescent asset prices, certain firms saw the value of their shares break free from all laws of gravity, without much fundamental basis. Shares in 59 companies on the Russell 3000 rose by more than 10% on Wednesday as the index itself declined almost 3%.

The showstopper is GameStop, an American brick-and-mortar video game store with pallid sales growth, due to reduced footfall from the pandemic and the fact that players can download games from the comfort of their homes. On Wednesday, while America’s three flagship stock indexes sank, GameStop closed 134% higher, pushed a little further by a tweet of encouragement from Elon Musk. For context, the company’s stock hovered around $18 at the beginning of January and has rallied to over $345.

The next company with a broken wing to be bid-up by the new movement was the Cinema operator AMC Entertainment, whose business model is currently in the basement as Coronavirus containment measures persist. With the hashtag #SaveAMC trending on Twitter, the company saw its share price rise by some 200% on Wednesday.

Another company targeted by the collective is BlackBerry, a nostalgic brand that harks back to the early days of smartphones. BlackBerry said in a statement that it was not aware of any undisclosed corporate developments that would account for the increase in the price or trading volume of its shares.

Then there is Nokia which also seems to have been swept into the fold. Shares of the communications infrastructure supplier have soared (including by roughly +50% on Wednesday, marking the firm’s largest one-day gain since it listed in 1991), even if the company said it has no news to explain the rally.

The attempted short-squeeze has shaken markets and forced renowned hedge funds to close their shorts, leaving them billions-of-dollars out of pocket.

It seems that the motivations of day traders are twofold: On one hand, this appears to be some kind of Occupy Wall Street 2.0, with main street targeting what they perceive as the Wall Street elite. On the other hand, the momentum is simply enticing and many have jumped on the bandwagon in the hope of making a quick buck. History will judge if this fascinating story is the beginning of a more prolonged standoff between institutional and retail investors, or more broadly, another technological disruption (perhaps highlighting ageist contrasts).

How are they doing it?

Retail investors, using commission-free trading apps, have been able to have such an outsized impact on prices, not by buying the stocks directly, but by buying call options.  Option strategies and embedded gearing created self-reinforcing mechanism, pushing prices even higher, exacerbated by short-sellers rushing to close their positions. Many of the names targeted had such high levels of short exposures meaning that the exit door from those positions was too small, a classical scarcity phenomena. 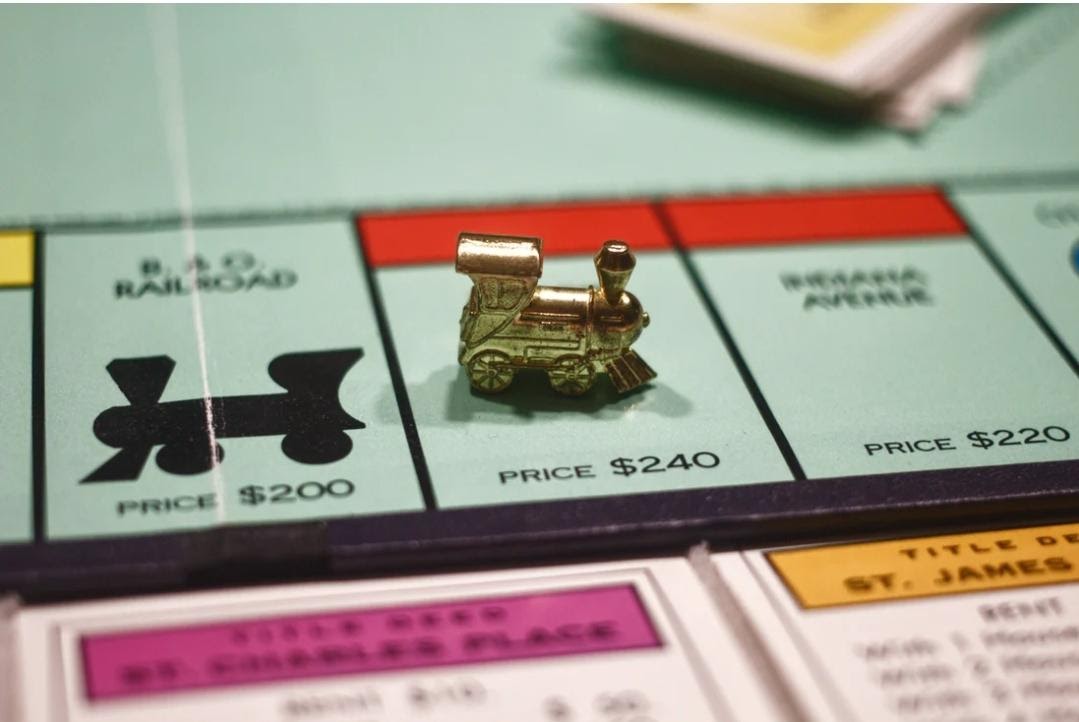 No bubble can inflate infinitely and if those that have emerged on markets don’t deflate gently, retail investors – some of whom have invested their savings – are playing a high-stakes game of poker and could endure painful losses. Already on Thursday, certain names underwent sharp corrections and Interactive Brokers and Robinhood trading apps halted trading on GameStop, AMC, BlackBerry and other names.

We do not however, foresee a broad-based market crash. Monetary policy is very accommodative (and was held steady by the Fed yesterday), the vaccine roll-out is well underway (allowing the economic recovery to proceed), and more fiscal support is in the pipeline.

It is worth noting research showed that the last time American households received stimulus cheques from the government, many treated the handout like some kind of Monopoly money, taking their chances on the stock market. It seems that the Community Chest is set to swell further, with American households potentially set to receive another $1400 in the mail if Joe Biden’s fiscal rescue package works its way through Congress. This cash could again make its way to equity markets.

The question is whether the US regulator will step in. US law bars the dissemination of false or misleading information with the aim of manipulating investors into buying or selling securities. At Wednesday’s Fed meeting, Jerome Powell declined to comment on individual stocks, but according to reports, the SEC as well as Janet Yellen – the newly appointed Treasury Secretary – and the White House  are monitoring the activity around these improbable high-flying stocks. The SEC has to decipher whether discussions on WallStreetBets represent legitimate discussion about a stock’s prospects or market abuse. The anonymity offered by Reddit may not offer the ringleaders an automatic get-out-of-jail free card if the regulators decide to crack down.

The frenetic mood contrasts with the institutional mood, with most big players still prudent in their risk exposure. At BIL, we are long-term investors, basing our investment decisions on thorough, fundamental analysis. We refrain from speculation and apply a disciplined investment process, thereby mitigating behavioural biases, including herd mentality, the extrapolation of trends, overconfidence and so on… We steer clear of such trades, and rely on a well-diversified strategy (across regions, sectors and asset classes), aiming to deliver long-term capital preservation / appreciation.