In recent years, countries have been clocking up commendable but ambitious targets, which they are yet to deliver on. To name a few, there are the UN’s 17 Sustainable Development Goals, the Paris Climate Accord, and in the making, is the post-2020 global biodiversity framework.  To meet these objectives,  moving to a more circular economic paradigm seems inevitable[1] and as this begins to inspire regulation, corporates will likely find themselves having to adapt. With ESG-related products already mainstream, investments linked to the circular economy could be the next frontier for investors looking to “make their money matter”.

In the 150 years since the beginning of the industrial revolution, the fundamentals of our economic model have hardly evolved, while a lot of other variables have changed drastically (the human population is approaching 8 billion, resource scarcity is becoming an issue, our air and waters are polluted, climate change has accelerated…). We are still running with an economic model that is linear: we extract raw materials from the earth, process them, then produce goods which are ultimately thrown away after use. This take-make-waste model means we have been using the Earth’s resources at a rate the biosphere can’t replenish.

Calls are growing louder for a pivot towards a more circular economy. According to the Ellen Macarthur foundation, a non-profit at the forefront of the circular transition, in a circular economy growth is redefined, focusing on positive society-wide benefits . Circularity seeks to avoid the over-exploitation of natural resources and is underpinned by the transition towards renewable energy sources. 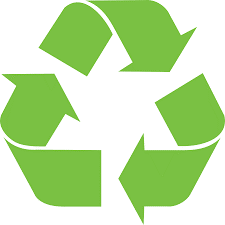 Some people confuse a circular economy with recycling. But it is so much more than recycling alone; recycling only comes at the end of the product lifecycle. The circular model changes the way in which value is created and preserved, considering all the stages in the lifecycle of goods, while promoting more sustainable consumption practices. The European Commission identifies 9 “R” behaviours or principles that will help enable a circular economy; Refuse, Re-Think (e.g. product-as-a-service and sharing models), Reduce, Re-Use, Repair, Refurbish, Remanufacture, Repurpose… Recycle is the very last option. In fact, advanced recycling processes, without the other “R” behaviours, would basically mean keeping our industrial system as it is and preserving a growing consumption model. To reduce our carbon emissions and achieve the ambitions set out in the Paris Climate Accord, we will have to change our consumption patterns and use less energy. In a circular economy, much less resources should end up as recyclables – waste should be designed out in the conception phase, ushering in a new breed of products that last several lifecycles.

As Walter Stahel (sometimes referred to as the grandfather of the modern circular economy) notes, these new thought models jeopardize the fundamentals of the linear economy — ownership, fashion and emotion. The behaviours, production processes and business practices we have built up over a century are ingrained and no doubt, the first push to get the ball rolling if we are to change, will have to come from regulators.

It does seem that circularity could be the next area of regulatory focus, with Europe at the helm. The EU launched its circular economy action plan in March 2020 – a central tenet the European Green Deal. The first initiative of the action plan focused on batteries, stating that those placed on the EU market should become sustainable, high-performing and safe along their entire life cycle. Future actions are expected in areas such as electronics, vehicles, packaging, plastics, textiles, construction and buildings as well as food.

In February this year, the European Commission took another step further. Together with the UN Environment Programme, it launched the Global Alliance on Circular Economy and Resource Efficiency (GACERE). Bringing together governments and relevant networks and organisations, GACERE aims to provide a global impetus for initiatives related to the circular economy transition, resource efficiency and sustainable consumption and production. 11 countries have joined to date.

Looking East, China’s 14th Five-Year Plan (2021-25) aims to advance the quality and sustainability of the country’s development. Already, for around a decade, China has led the world in promoting the recirculation of waste materials by setting targets and adopting policies, financial measures and legislation and we expect to see more regulation in this direction.

As the circular economy begins to inspire regulation, corporates will likely find themselves having to adapt. With ESG-related products already mainstream, investments linked to the circular economy could be the next frontier for investors looking to “make their money matter”. To achieve a truly circular economy will entail mass industrial transformation. We could expect the proliferation of disruptive innovations to close the loops in the linear lifecycle of many products, with the ultimate goal of decoupling economic activity from the consumption of finite resources. If we are on the brink of a paradigm shift, then certainly it will be capital intensive, bringing a whole range of new opportunities for investors who pursue a double bottom line of profit and purpose. There are already some funds on the market that track companies linked to the circular economy and we think this is an investment theme set to gain a lot more traction in the not-so-distant future. While regulators may set the ball in motion towards a more restorative economy, financial institutions and investors can add substantial momentum, given the amounts of capital they have the power to deploy.

For further details on the Circular Economy, see our latest myLife article, available in French, German and English.