On Wednesday, the European Commission unveiled its “Fit for 55” plan detailing revised climate and energy laws. The 13-part package aims to synchronise EU policies with the bloc’s new target to reduce net-emissions by 55% by 2030 (relative to 1990 levels), putting it on track to hit net-zero by 2050.

Key proposals include a new carbon emissions trading system for transport and buildings, the introduction of a carbon border adjustment mechanism, a sales ban on polluting cars from 2035, and more ambitious renewables expansion plans. A bird’s eye view of the entire plan, which the German environment ministry has called “nothing less than a new industrial revolution in the European Union” is shown below:

The centre-piece of the EU’s green plan is an expansion of the Emissions Trading Scheme (EU ETS), a market-based system that makes companies pay a fee for carbon dioxide emissions[1]. The EU ETS was launched in 2005 and covers about 45% of EU greenhouse gas emissions. It works by setting a cap of total emissions permitted, which decreases over time, and companies can then buy and trade emitting permits. Countries can also distribute a predefined amount of allowances for free to key sectors.

According to the Commission, the scheme has successfully brought down emissions from power generation and energy-intensive industries by 42.8% in the past 16 years. However, the current cap was designed with the aim of achieving 40% less emissions by 2030. To account for the new 55% target, the Commission proposes to lower the overall emission cap and increase its annual rate of reduction. It is also proposed that free emission allowances for the aviation industry are phased out, while shipping emissions would be included in the ETS for the first time.

To address the lack of progress in reducing emissions related to road transport and buildings, a separate new emissions trading system has been proposed, risking potential social backlash. Both France and Italy have expressed concerns that increased fuel costs could trigger a repeat of the gilets jaunes protests that hit France in 2018. To alleviate these concerns, the plan would see some of the new revenues from the EU carbon market channeled towards alleviating energy poverty among its most affected citizens and micro businesses via a dedicated fund. 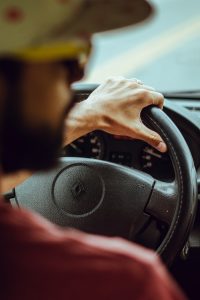 The end of the combustion engine on EU soil?

Sales of new cars and vans that produce carbon emissions will be banned as of 2035 under the proposals, thereby accelerating the bloc’s shift towards electric vehicles.

The Commission expects that “almost 100%” of cars on the roads in 2050 should be emissions free. “Transport is today the source of 29% of the EU total greenhouse gas emissions. By 2050 we need to cut it by 90%,” said Adina Vălean, the EU’s transport commissioner.

One of the brand new proposals is the carbon border adjustment mechanism (CBAM). This aims to shelter European companies from environmental dumping and prevent “carbon leakage” whereby industries relocate production to avoid pollution costs. In turn, it is hoped that this will encourage industry outside the EU to take steps in the same direction. Initially this would cover goods such as cement, fertilisers, iron, steel, aluminium, and electricity. Free allowances under the ETS would eventually be phased out for sectors covered by CBAM. This proposal will have to be squared against rules set out under the World Trade Organisation, which prohibit double compensation for industries and could potentially be geopolitically sensitive.

The presentation of the plan, which Commission president Ursula von der Leyen dubbed the EU’s “man on the moon moment”, is just the first step. From here, we can probably expect years of negotiations among member states and the European Parliament before the final reforms are adopted given that the proposals would significantly impact national policies and the lives of citizens across the EU. What is clear is that if the EU wants to become the first carbon-neutral continent by 2050, we will all have to shoulder a part of the cost. However, some critics have said that Fit for 55 does not go far enough to prevent climate change, allowing fossil fuel companies to remain in the EU energy system while EU citizens foot a big chunk of the bill.

[1] This year, the EU carbon price jumped above €50 a tonne for the first time, pushing up the cost of polluting in the bloc to more than double its pre-pandemic level.