At the September Federal Open Market Committee, the US central bank paved the way for a taper announcement in November, should conditions evolve as expected. The Fed also provided fresh insights on when and how quickly officials expect interest rates to rise.

At the onset of the pandemic, the Fed introduced its asset purchase program, which currently runs at a pace of $120bn per month, to support the economy in its hour of need. It pledged to keep it in place until it saw “substantial further progress” on its dual goals of average 2% inflation and maximum employment, and it seems this time may have come. Chairman Powell disclosed that the FOMC now broadly supports a “gradual” taper, with the intention of withdrawing the stimulus entirely around the second half of next year.

The Fed also provided fresh economic projections. The median Fed member sees lower growth for 2021: 5.9% versus 7.0% in June estimates. But growth in 2022 is now estimated at 3.8%, up from 3.3% and 2.5% in 2023, from 2.4%. Powell noted that output expanded at a strong pace in the first half of the year  and positive momentum should persist in the second half. For now, supply chain issues continue to prevent the economy reaching its full potential. A shortage of labour is also posing problems for many business on this matter Powell noted that factors weighing on the supply of labour should diminish and thereafter, job growth is expected to pick up. 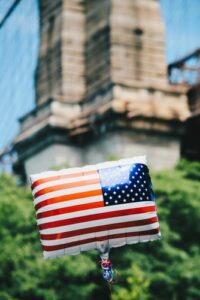 The Fed’s PCE inflation estimates were upwardly revised (4.2% from 3.4% in 2021, 2.2% from 2.1% next year) and it is projected to stay above the Fed’s symmetrical 2% target for four consecutive years. On inflation, the Fed chair said “Inflation is elevated” and will likely remain so before moderating – the tone was slightly less relaxed than in previous meetings. Supply constraints are stoking inflation but these will eventually abate and then inflation is seen falling back towards the Fed’s goal. Even so, these effects and the impact on inflation may be more persistent than first anticipate. If needed, the Fed said it will act as necessary to contain inflation.

The Fed didn’t rock the boat and the scenario is much different from that of 2013 when the Fed’s taper announcement shocked markets. After plenty of preparatory remarks in recent weeks, markets took the developments in their stride; the S&P 500 closed higher and the yield curve flattened marginally after the meeting. Now attention turns to the US debt ceiling. Powell added his name to the list of policymakers, including former Fed Chair and Treasury Secretary Janet Yellen, to warn of the consequences should US lawmakers fail to raise the debt ceiling before September 30th when the current fiscal year ends. Failing to fund federal agencies past this date could trigger the third partial government shutdown in a decade and a failure to suspend the debt ceiling by mid-October brings the risk of a historic default that could rattle financial markets and risk an economic slowdown.

The Democratic-controlled US House of Representatives has passed a bill to avert a government shutdown and extend the US debt limit until December next year, but getting Republican support is proving to be an arduous task and it is unlikely that the proposed legislation will be approved by the Senate (where at least 10 Republicans would need to support it).